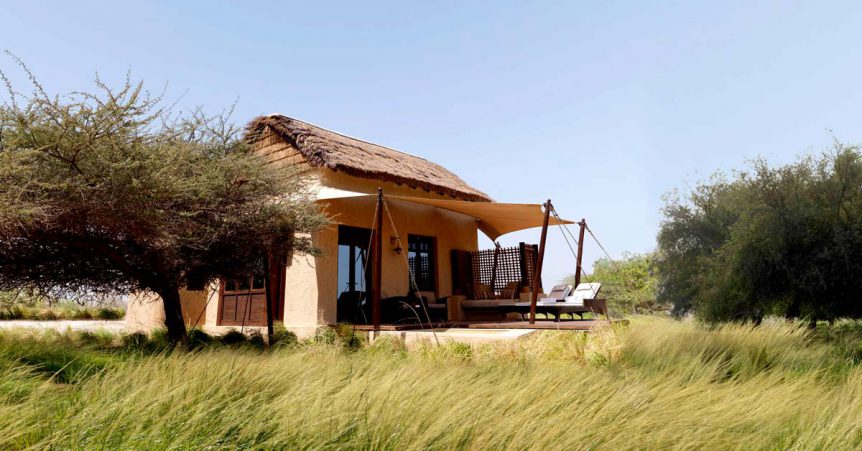 Located on the plains of the 4,100 hectare Arabian Wildlife Park, this AED6 million project on the new Sir Bani Yas Island. The project in Abu Dhabi saw Cape Reed install thatched roofing, timber support structures and pergolas on 60 luxury Anantara Al Sahel and Al Yamm Villas, as well as the water sports centre and public areas on the development.

Cape Reed’s methods were the perfect fit for the project, combining sustainability and traditional techniques to create structures that blend in with the local environment.

The entire project has been built with sustainable design features, perfectly complementing the island’s delicate ecosystem and the island’s rugged environment. The design of the villas was inspired by the traditional Arabic fishing and pearl diving villages and their barasti lodging, hence the use of traditional thatch roofing, which means guests can experience five-star luxury with an authentic touch.

Located just off the shore of the Western region of Abu Dhabi, the island is home to Arabia’s largest wildlife reserve. Spanning over 87 km², the reserve was established in 1971 by the late ruler and founder of the United Arab Emirates, Sheikh Zayed Bin Sultan Al Nahyan.

Thanks to decades of intensive conservation work and ecological investment, it is now home to thousands of large free-roaming animals and several million trees and plants. A bird sanctuary as well as a wildlife reserve, Sir Bani Yas Island provides an authentic environment for animals indigenous to the Arabian Peninsula including the endangered Arabian Oryx, Sand Gazelle and Mountain Gazelle as well as free-roaming predators and scavengers such as the cheetah and hyena. The island showcases nature through activities such as adventure safaris, kayaking, mountain biking, archery, hiking and snorkeling.